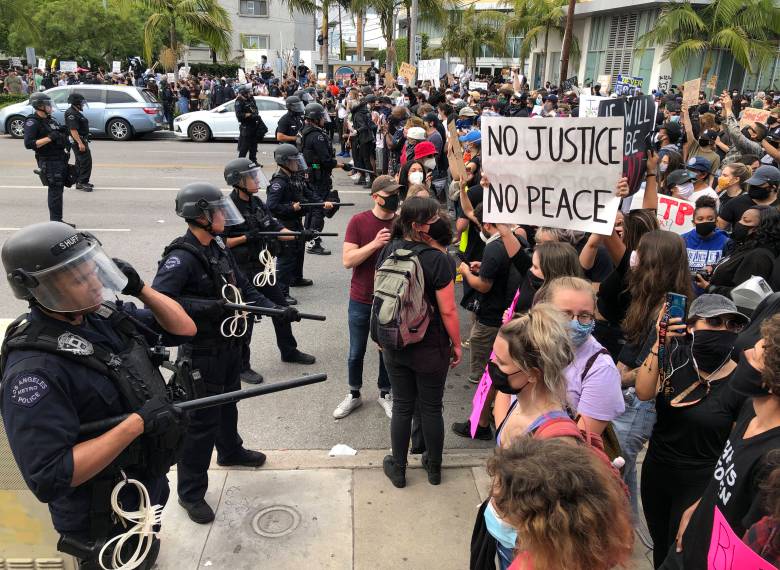 It is ever so clear that the time for reform is now and not later. In Los Angeles, the County Commission on Human Resources released a report titled “Redefining policing with our community.”

The policing and human relations project began in 2015, but yesterday, the 34 recommendations from the initiative were shown to the public for a project on police reform.

The report was developed over seven public hearings composed of stakeholders, 50 community based organizations, county residents, advocacy groups, and the LA County Sheriff’s Department among others.

In a statement from the LA County Commission on Human Relations said it was created to, “build a new normal that prioritizes human dignity and repairs the damage done by discriminatory policies and practices.

Some of the police reforms being introduced in Los Angeles include:

However, the LAPD protective league board of directors said that they were not included in the 75-page report on police reformations. The commissioners added they too had ideas and concepts to help establish reform for law enforcement, but having the same people on the boards doing these changes was one in the same at the end of the day. Some of these reforms could have come today for the “8 can’t wait” police reforms pushed by Campaign Zero, an advocacy group behind some of the recommendations.

Additionally, there is also these proposed reforms:

These new policies would have been effective for all 46 police departments across Los Angeles County. They would have all had to review their use-of-force and adapt them into the new orders mandated by officials and supported by Campaign Zero.